Once again Jordan knocks it out of the park in this incredible discussion with Johann Hari, a New York Times best-selling author and top-rated TED speaker. His latest book is Stolen Focus: Why You Can’t Pay Attention—And How to Think Deeply Again. 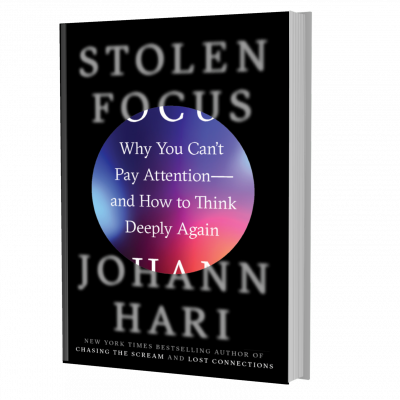 This topic struck a deep chord with me as I have definitely noticed a reduction in my ability to focus on tasks and stick with them. Whether that be listening to a podcast, reading a book, writing a blog, or even watching a movie. I just feel my attention being taken away and mind wandering elsewhere.

This is one of the reasons I have recently downloaded the Sam Harris meditation app, Waking Up. To try and recover that deep focus I used to have.

Johann explains why none of this is our fault. How the social media app makers know exactly how to tap into the human brain and leave us doom scrolling before we even realise it.

More importantly he explains why the apps work this way, which is to do with the remuneration strategy. The companies who make these apps are paid more the longer you stay on the app scrolling.

Scientific studies show multiple times over, that the human brain is only able to focus on one, maximum two things at any given moment. Most of us can only focus on one.

So if you think you are a multi-tasker who can do multiple tasks at the same time, you are wrong.

What you are able to do is jump from one task to another and back again. And you are doing this whilst you are being called by your phone to look at emails, check that text, see what’s on social media, have a quick look at that game, etc etc etc.

We Can Change This

As the podcast proceeded, I was hit with the thought that we are doomed as a society. If this is how our brains have been hijacked in such a short space in time of evolution, how can we ever recover?

Fortunately there does seem to be a way. And that lies with us. It will ultimately be down to us to protest and push through legislation which changes the way these companies behave.

The analogy Johann makes is to the fight for unleaded petrol and paint back in the 70’s.

The Fight For Unleaded

In the 1970’s scientific research clearly showed that the inhalation of lead was causing a reduction in IQ. But the companies producing these products had no incentive to remove them from public consumption as their business plan is to make money, not to protect human health.

It took a group of parents to protest and keep raising this issue to governments, who eventually made the legislation to remove lead from all products.

This is what we need to do with social media companies. The business model as it currently stands rewards these companies for grabbing our attention. They literally make profits out of hijacking our minds. And the effect this is having is again another reduction in IQ.

We are unable to focus on tasks. Children who already have difficult minds to control are having their brains trained early to not focus.

This current model will continue to take control of our attention span. The social media companies know exactly how to make our monkey brains want the next scroll.

The model can be changed. There are companies working on alternative products where instead of trying to hack your attention and make you continually doom scroll, the design is to encourage you to do the things which make you happy. Like meeting people, socialising and learning about useful subjects. 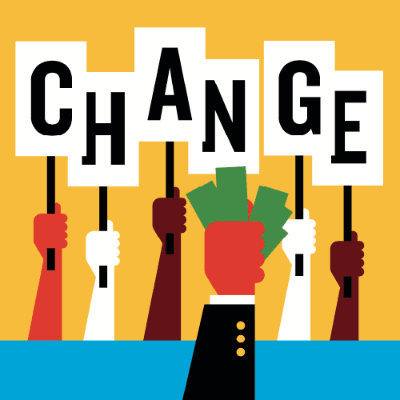 We can either take individual control by removing these apps. Which is not necessarily possible in the modern world. Or we can gather together and force governments to take action and make legislation to stop this business model continuing.

We Need a Johann to Lead This Change

As in all movements which shift society, a leader is needed to push the charge. And after listening to Johann, I can think of no better person to spearhead the necessary changes.

Here is a quote of his from the podcast:

“We are not mediaeval peasants at the court of king Zuckerberg begging for a few little crumbs at his table. We are the free citizens of democracies. We own our own minds. And we can take them back.

There has to be a movement of all saying ‘no we don’t want a world where we can only focus for 65 seconds. We choose a life where we can pay attention and our kids can run around outside.’

This fight has started. There are places in the world that are doing this and you can see what results that is having.

If we don’t act, these forces fighting for our attention will continue to act and distract us.

We are all the beneficiaries of the people who fought before us.”

And here is a quote from former Google designer Trysten Harris who helped build social media platforms as we know it:

“When you are scrolling a news feed, you are pointing a supercomputer at your brain.

That is not a society that can solve problems like climate change, escape pandemics, or agree with anything. And that is incompatible with the future we want to live in.”

We need a society which is consciously using technology to make us stronger, healthier and better in a 21st century modern world.

In this podcast Jordan also discusses: