Lex talks to John Abramson MD, a faculty at Harvard Medical School and family physician for over two decades. He is the author of the new book Sickening, which details how big pharma broke the American healthcare system. And more importantly, how it could be fixed.

I found this discussion fascinating for many reasons. One of which was because a few weeks earlier I had listened to Lex’s interview with the Pfizer CEO Albert Bourla in episode 249, where he took some criticism for not being confrontational enough.

So before the interview with John Abramson which gives balance and the other side of the story, there is a monologue from Lex which sums up perfectly why I love him so much.

It was so inspiring to hear such humility, I wanted to write down his words for you to read in case you do not listen to the podcast.

This is why Lex does these conversations and how he approaches them:

All of this ultimately because I want to understand how we can build a better world together. To find hope for the future, and to rediscover each time through the exploration of ideas just how beautiful this life is. This is our human civilisation in all of its full complexity. The forces of good and evil. War and peace. Of hate and love. I don’t think I can do this with a heart and mind that’s not open and fragile and willing to empathise with all human beings, even those in the darkest corners of our world.

To attack is easy. To understand is hard. And I chose the hard path. I have learned over the past few months that this path involves me getting more and more attacked from all sides. I will get attacked when I host people like Jay Bhattachary or Francis Collins. Jamie Metzl or Vincent Racaniello. When I stand for my friend Joe Rogan. When I host tech leaders like Mark Zuckerberg, Elon Musk and others. When I eventually talk to Vladimir Putin, Barack Obama and other figures that have turned the tides of history.

I have and I will get called stupid, naive, weak. And I will take these words with respect, humility and love. I will get better and I will listen, think, learn and improve.

Life itself is the fundamental gift. Everything else is just a bonus. That is freedom. That is happiness. If I die today, I will die a happy man.

He then went on to talk specifically about the Albert Bourla conversation, his approach, and lessons learned:

My goal was to reveal as much as I could about the human being before me. And to give him the opportunity to contemplate in long form the complexities of his role, including the tension between making money and helping people. The corruption that often permeates institutions. The crafting of narratives through advertisements and so on.

I only had one hour, so this wasn’t the time to address those issues deeply, but to show if Albert struggles with them in the privacy of his own mind. And if he would let down the veil of political-speak for a time to let me connect with the man who decades ago chose to become a veterinarian. Who wanted to help lessen the amount of suffering in the world.

I had no pressure placed on me. There were no rules. The questions I was asking were all mine and not seen by Pfizer folks. I had no care whether I ever talked to another CEO again. None of this was part of the calculation in my limited brain computer. 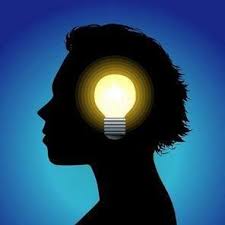 I didn’t want to grill him the way politicians grill CEO’s in congress. I felt that this approach is easy, self serving, dehumanising, and reveals nothing. I wanted to reveal the genuine intellectual struggle, innovation and motivation of a human being.

And if that failed I trust the listener to draw their own conclusions and insights from the results. Whether it’s the words spoke, the words left unspoken, or simply the silence.

And that’s just it. I fundamentally trust the intelligence of the listener. You. In fact, if I criticise the person too hard, or celebrate the person too much, I feel I’ve failed to give the listener a picture of the human being which is uncontaminated by my opinion, or the opinions of the crowd. I trust that you have the fortitude and courage to use your own mind, to empathise and to think.

Lex’s conclusion from the interview with Albert Bourla was that he must always push for interviews of up to four hours, as one hour is not long enough to follow all interesting discussion points and tangents. As with everything in life, he learned from this experience, and became stronger for it.

Big pharma has always been a concern of mine. How they develop products and market them just like any other product. Like a toy, or some clothing.

Adverts for pharmaceuticals are literally everywhere in Hong Kong. They are on ATV and TVB between your favourite programs, often strategically placed during news bulletins. You may have noticed this even more in the recent Covid years. They are on buses and trams and advertising hoardings. So it would seem us humans are in a losing battle if we leave things to chance and follow the narrative. If we blindly follow government guidance and listen to advertising campaigns which tell us we have to take a pill to recover from a cold or gastrointestinal issues. Where is the message which says “you wouldn’t need these pills, if you changed your lifestyle”?

We assume the market has to solve all these problems. But the market cannot. There needs to be some way to protect the public interests against the free spending pharmaceutical corporations who want your dollars.

Independent people like Joe Rogan espouse lifestyle changes. But nothing is coming out through legitimate official channels that the average person can attach to.

There needs to be legitimacy of the medical practitioners with double blind controlled studies on the effects of lifestyle changes. Not only the effects of medicine and how this new formula is a miniscule amount better than the last one. This is why you see most pharmaceuticals are often “new and improved”. Always has been and always will be. It’s an easy marketing schtick which too many people fall for.

There’s an entire mechanism and industry set up to study drugs. There is no mechanism which studies lifestyle changes. Primarily because it’s expensive, it’s difficult to control the variables, and results are therefore easily dismissed.

This is why we need to educate ourselves. We need to find people we can trust without any hidden agendas. People who can communicate in a way which is easily understood.

So this is why I always listen to people like Lex and Joe, Max Lugavere, Ben Coomber, the Mind Pump team, Andrew Huberman, David Sinclair and Jordan Harbinger. 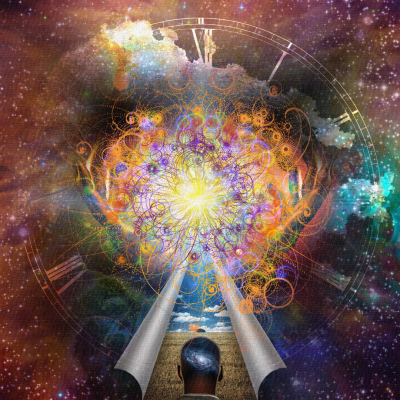 I encourage you to remove yourself from the mainstream media for two weeks and spend that time listening to such people. It doesn’t have to be from my list of inspirers. There are plenty of people putting out great unbiased content for free.

After those two weeks see how your mind feels. If you do not feel more free of mind and inspired. If you do not feel less heavy and more invigourated, then go back to your old habits. No harm done. But I strongly believe anybody who removes themselves from the mainstream narrative will benefit in immeasurable ways. It could even free your mind to achieve greater things, or at the very least, allow you the freedom to think for yourself and make your own conclusions.

Change your narrative. Change your average. Take control of your health and future self.