Any gym goer who has lived in Hong Kong for a period of time will be well aware of the sales tactics used by the big box gyms. And almost certainly, any such gym goer would have been a member of a gym which has gone bankrupt.

Over the past 8 years I have changed gyms 6 times. The only one of those changes which was not forced due to bankruptcy was the switch from Pure to FAC. This was due to location as my office was in Kowloon Bay, and the journey to/from Pure Fitness Mong Kok was too time consuming.

Once again, at the end of November 2021, another big box gym went under. This one was more predictable due to the enforced closure of gyms by the government because of the pandemic. So as Goji went bust, I once again went into gym hunting mode to find my next location.

Hong Kong gyms are open to trial sessions, so I was able to try a few before making my final decision. This decision was to go back to Pure Fitness even though they were the most expensive. There is something to be said for paying the worth of something.

Just as I made the decision after my trial at K11, that very night, the government announced gyms would close. So I had to wait three more months until I could finally begin again.

Unless you are a truly seasoned gym goer, most people find the first few times at a gym rather intimidating. You don’t know anybody, you’re still learning where the equipment is, and you’re still trying to find your routine.

All of this adds up to what felt like a lot of wasted time walking around. But you just have to accept that’s part of the process, and your first visit will not be the most efficient. 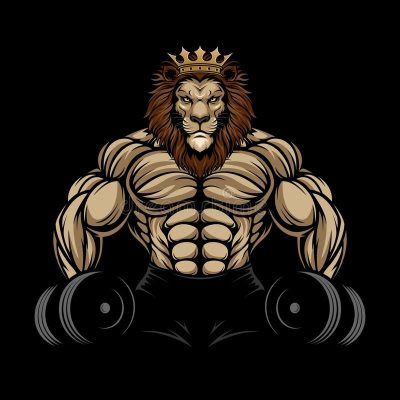 One of the reasons I think it feels more intimidating than it actually is when starting in a new gym, is because of what can only be described as the workout face.

This is a face of grimace, which rarely smiles, and looks as if everybody is angry and out to get you. But you have to remember this is how you look when you are training also. It’s just a focused face, and not everybody hates you and wishes you weren’t there.

Unless you are beginning a new training program, you should have a good idea of what exercises you want to work on. If you are not sure what equipment they have, go with an open mind to play around.

What I discovered in Pure at K11 is they have lots of different things that Goji did not have. So I was able to experiment with different equipment and machines.

At Pure in Soho the gym is split onto multiple floors. So it took a little more time to find my rhythm.

I classify rhythm as the order in which you move around the gym and use the equipment. Ideally you want to flow without having to change floors too much. And what’s really important when finding your rhythm, is to realise you will not always be able to use the equipment you ideally want at any one time. So keep some flexibility in your expectations.

I have a sneaking suspicion that one of the reasons there are not more people signing up to gyms, is because of the intimidation of never having been in one before. I do understand that. It’s a natural human condition to feel like that when trying something new.

But unless you are active in other ways, there is no other way to exercise and keep your body strong. A gym membership is a necessity in this modern sedentary life. And for sure, once you have made your first intrepid steps, you become more comfortable and confident in your new gym environment.

Don’t be ruled by fear. Face your fear, take control of your body, and join a gym. I can honestly say that Pure Fitness is the friendliest gym environment I have ever joined. Even the personal trainers seem to be happy and willing to help you randomly, which is something that never happened at Goji.