Q: How do you deal with the negative effects of increased self awareness? The more I’ve cleaned up my diet and become aware of how different foods, activity levels, amount of sleep etc affect me, it seems like I notice more of the negative effects rather than the positives, which creates more stress. Any tips for handling the stress and anxiety which comes with being more in tune with your body?

I picked out this question from the QUAH because it could have been written by me. Before I let the experts answer, here is my view after five years of self discovery and recovery.

Ignorance is bliss. So by not having a connection with my body, by not feeling anything, I actually had no idea what a mess I was actually in.

I had no connection with my abs, glutes, hamstrings, quads, lats, traps, calves to name but a few. The only muscle I could probably flex and connect with was my bicep, and even that was not correctly.

Once connections began to return and I started to feel these muscles again, I became acutely aware of how messed up I was. So whilst on one hand I was making giant baby steps to feel these major muscles again, on the other hand I became anxious about all the chronic pain I could now feel. Anxious about my incorrect movement patterns; the distance still left to go; why I had let myself get into such a poor condition; and many other niggling concerns which I was previously blissfully unaware of.

Fortunately I never lost sight of my ultimate goal, which is a healthy, strong, pain free life into old age. This kept me driving forward to overcome the anxiety. But I can definitely imagine how others with a lesser desire could become waylaid and pushed off track by these rediscovered connections.

Here is the Mind Pump answer to the question: 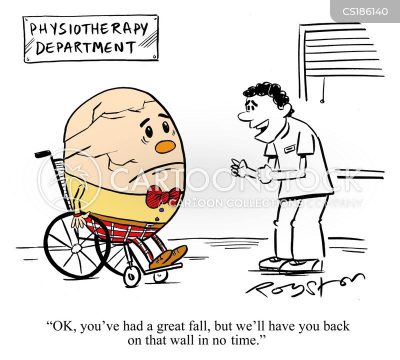 There’s 4 stages of learning with any new process:

To get through the anxious stages, rather than noticing the negative effects of the things you are connecting to, focus on the positives. That will help you through the process, otherwise it can be stressful.

As an example, Adam drinks diet cokes and never used to think about it. But now he makes himself aware that he’s drinking them. He’s able to control his consumption and recognise it’s not ideal to over consume this. But importantly doesn’t beat himself up about it because he has it under control, and is more informed about the effects.

Sal uses this example which I rather like. Before 24 hour news channels and multimedia, many of us were blissfully unaware of bad things which were happening around the world. But as media grew, we were suddenly deluged by plenty of bad news about kidnapping, murder and war. 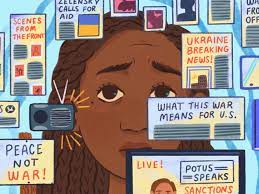 This made us hyper aware and fearful, increasing the perception that the world was not a safe place. Whereas in fact all statistics show that the world in general is a far safer place than it has ever been. So the way to stop feeling anxious about the events in the world, is not to go back to ignorance, but to understand the context by looking at real statistics.

Alternatively you can do what I have done. Which is to unplug from rolling news, so you can focus on the positives and the good things in the world.

Anxiety on a life changing journey can come from being overwhelmed by all of the changes you are feeling. So focus on the big rocks, the biggest offenders. Try to make good habits around those first, which will make it easier to find the smaller rocks and bring them into perspective. This stops you becoming overwhelmed by all of the many things you are feeling, allowing you to focus on the positive and bring that more into view.

As you work on yourself and go through your journey, you will begin to notice when you make the wrong decisions. You will feel the negative reactions in your body. And by being consciously competently aware of this, you can begin to make future decisions on things which do not have a negative effect on your health.

It takes many years of practice to become unconsciously competent at anything. It took me 25 years of working in the shipping industry to reach the stage where I don’t have to think too much, and can trust my natural instinct based on the information in front of me.

That is also happening to me now with regards to fitness and nutrition. But not without first undoing the many years of ingrained unconscious incompetence, by continuing to learn new practices and pushing ahead with small steps each and every day.

One thing that helped me overcome the anxiety I was feeling, was by very simply remembering where I was and how far I’ve come. By looking ahead I know there is still a long way to go. But I’m now so far from the shoreline I started at, and feel so much better than I ever have, that there is no way I will ever go back.